All living things emit an energy field called an aura which most of the time, is seen as several coloured layers surrounding the body of the subject. It takes plenty of practice to be able to read auras. The following information will be extremely useful to you, should you be considering becoming an aura reader.

It’s important that you have a suitable background to be able to see the vivid colours of an aura. The backdrop should be a neutral colour, so a white or neutral-coloured wall would be ideal. The environment should be perfectly quiet and comfortable, so that you can focus all your attention on your subject without any disturbances.

Have The Correct Lighting

The light in this environment should be soft – neither too light, nor too dark. The level of light in the area should be comfortable for your eyes, so that they do not become strained or stressed during your reading, because of bad light. Natural light of course, is the best light to have but if needs be, then use lamps or candles until the level of light is to your satisfaction.

How To Position Your Subject

Before you read someone’s aura, you need to make them and yourself comfortable. Ask the person to wear clothing that is as plain as possible, without patterns or colours that would be distracting to you. Have the subject sit in a comfortable chair, in front of the white or neutral-coloured background.

Look at your subject, relaxing your eyes as you gaze at him/her. Choose a spot on your subject and stare at it for about 30 to 40 seconds, focusing on those areas on the border of your vision. Allow your eyes to fall slightly out of focus. You might begin to see a kind of haze, something like a white or transparent light, around the edges of your subject. This could, after a little while, become the colour of the aura.

If you begin to see colours, they could be either muddy and cloudy, or bright and clear. Some people, particularly those starting to read auras, are only able to see one dominant colour, while others might be able to see several colours. The more you work on reading auras, the more colours, and variations of colours you will be able to see. A bit of time and practice is all it takes.

Be Aware Of Afterimages

Afterimages are produced when you stare at the same spot, which is directly opposite to what you are actually staring at. You might think that this is the aura you are looking at, but it is not. You will get to know the difference eventually, because the afterimage will appear in front of your eyes for a short time, irrespective of where you look. An afterimage is typically colour-paired, such as white and black, turquoise, and red, blue, and orange, violet, and yellow, and pink and green.

Make A Note Of What You See

Draw the outline of a body and shade in the colours around it, is a great way to record what you see during the reading, so that you can analyse it at a later stage. You can also show this to your subject, so he/she can better understand when you tell him/her what you have seen. It’s not always easy to recreate, in a drawing, some of the colours you see in an aura, but do the best you can and describe any of these differences on the page.

How To Interpret The Colours Of The Aura

Auras contain several colours, so it’s important to be able to interpret them. According to those who are expert at reading auras, the different colours mean the following:

Understanding The Other Auras

According to experienced aura readers, there are a few other colours, but these aren’t as obvious as the rest of the colours. They refer to these as negative auras, given the type of personality qualities that are connected to them.

Can Auras Be Photographed?

It is possible to capture an aura, that area of radiation that surrounds all living things. Many people use special kirlian photographic equipment to capture an aura. I was lucky to travel to Australia for a year in 2010 and 2011 and I got my aura photographed on 2 occasions. I am standing in the middle of each photo.

However, it is possible to achieve this by using a normal, everyday video or digital camera. By following these steps, you will be able to capture someone’s aura:

Step 1. Find A Subject With A Good Aura.

Although everyone has an aura, not everyone’s aura is strong enough to photograph. Experienced aura photographers recommend children and spiritual people to be good subjects, since they both tend to have intense auras.

Step 2. Get Rid Of Clutter

Being extremely subtle, auras can get lost if there is clutter in the background, so clear out as much of it as possible. Let your subject sit in front of a background that is a solid colour, like dark blue, white, or black, all of which work well as they will make your subject stand out. If your subject is a child, let him/her hold a simple toy or even a little kitten. This will make the child happy and improve his/her aura, making it easier to photograph.

It is important that your pictures are as clear as possible for the aura to be seen but zooming in toward your subject is not a good idea, since it makes you lose some clarity. Get around this by simply moving in to within about two or three feet of your subject, and your chances of capturing a good, clear aura will increase significantly.

It is important that your subject is well illuminated, so use photo lights or lamps around him/her to help you capture the best possible photo of your subject and his/her aura.

As mentioned earlier, every living thing has an aura or energy field around them, even animals, trees, and flowers. It is believed that the energy field around human beings is more complex because they are more evolved. The fact is, every human is like a walking radio station, broadcasting their characters to those around them, and they don’t even know it! 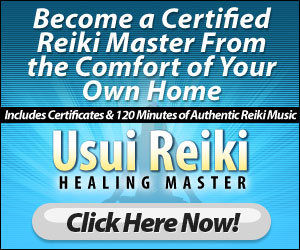